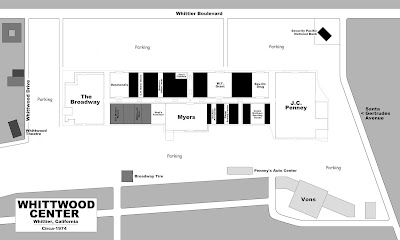 In 1974, the retail hub is still open-air, but several modifications have been made. The Broadway, anchoring the northwest end, was dedicated in 1961. A new full-line J.C. Penney has opened its doors, with the local Myers Brothers chain assuming the original Penneys space. With these improvements, the mall houses approximately 609,300 leasable square feet. 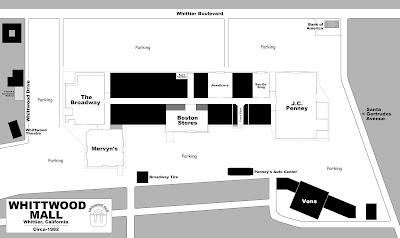 By 1976, Myers Brothers has been rebranded by Boston Stores. The retail hub is also being promoted as WHITTWOOD MALL. In 1978-1979, the open concourse was enclosed and climate-controlled. Mervyn's came on board -as a fourth anchor- in November 1981. The retail complex now spans around 872,800 leasable square feet. 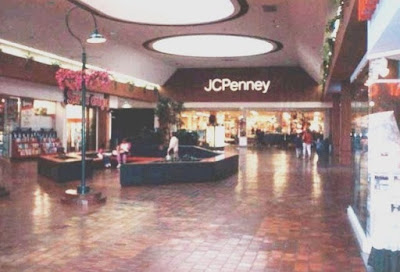 An early '80s view of the enclosed mall's East Wing, with a Helvetica-font JCPenney nameplate in the distance. On the left is Sav-On Drug, a WHITTWOOD 1956 charter store.
Photo from www.mitchglaser.com 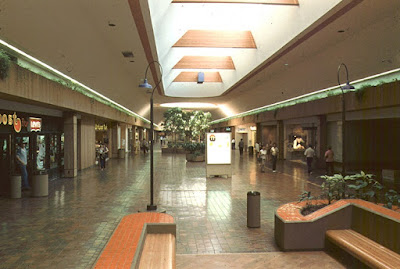 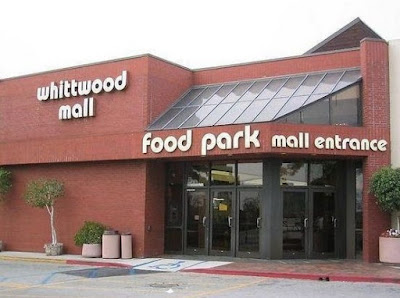 A snapshot of the shopping hub's Food Park entrance. The culinary complex opened for business in November 1981.
Photo from http://mywhittiercom.blogspot.com