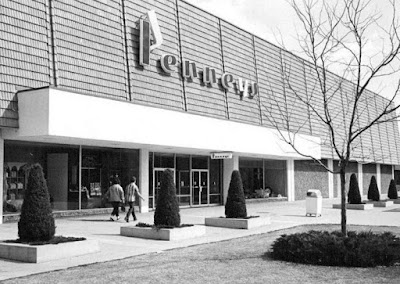 J.C. Penney's NORTHGLENN store opened -along with the mall- in March 1968 and was in business there for 20 years.
Photo from http://2warpstoneptune.wordpress.com 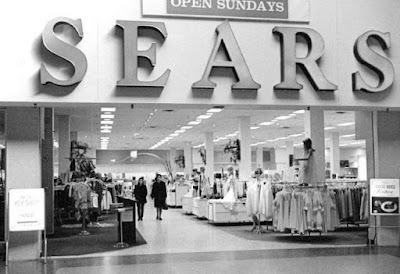 "The Denver" store seen here anchored the mall between March 1968 and April 1987, when it was rebranded as a May D & F.
Photo from http://www.thedepartmentstoremuseum.org / History Colorado Collection 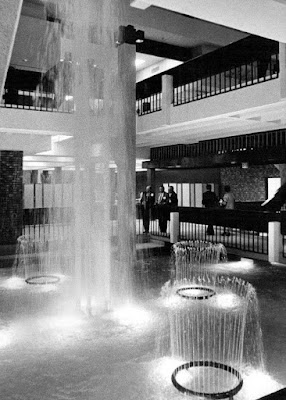 Here we see the mall's dramatic Center Court fountains. The inline store section of NORTHGLENN consisted of a single level. In the middle of the complex, in front of "The Denver", was a small basement which housed a cutlery store, mall offices, maintenance room, storage area and public restrooms. The fountains were on this lower level, which was open to the main level above.
Photo from "Northglenn Mall 1968-1998"